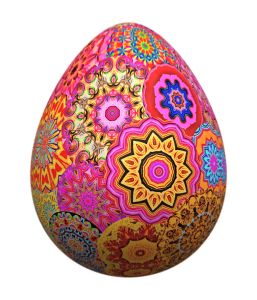 Many people are surprised once they do some research on the origins of Easter.

Spring represents the time of new beginnings. It may be said, it’s akin to the sunrise time of the day. Sunrise became ‘ostern’ in German. So it seems, this may be the origin of the word ‘Easter’. This ‘Easter’ origionally was a celebration of Spring Equinox. Once upon a time, this was seen as the beginning of the new year. However, somehow over time, for various reasons things were changed. In some sort of turn of events, Constantine christianised the celebration of ‘Easter’ to represent Jesus.

This is now just the way it is. Interestingly, now-a-days, most people just simply abide by this ruling, mostly without even knowing why. Our western world seems to be now so bogged down in this dogma. Yet, strangely, most people are unaware of the ‘Spring Equinox’ … and as a consequence may be missing the true essence, the meaning inherent in this special time of year.

What’s the true meaning of Easter?

We’ve learnt from Christian studies, that Easter Sunday, also known as Resurrection Day is about celebrating the resurrection of Jesus from the dead. The story, as described in the ‘New Testament’ says that he was crucified on ‘Good Friday’ and then resurrected after the third day.

One may ask, is it just pure coincidence that Jesus resurrection just happened to be at the same time as the spring equinox. Celebrating an event without knowing it’s true meaning is crazy. Maybe, it’s time to be aware of dogma and to seek answers for our-self.