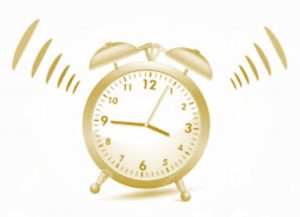 It may be said that time is our most valuable resource. Although, now-a-days we trade our time for money in order to live. Yet, once our time goes we can never get it back.

Once upon a time people lived closer to nature. Remember, we are a part of nature. We may say that nature reflects our true self. Hence when we’re more connected to nature, we’re more connected to our true self. It’ said that there’s an ideal time for everything. In nature, the seasons guide us. There’s the ideal times of activity and rest. However in the modern world most people keep pounding away on the treadmill at the same full pace all year around.

As we research deeper you may be amazed at what we’ll discover. Unfortunately, unknowingly to most, they have been tricked, and have been set into what I call a dismal ‘Time Warp’. Let me explain, firstly, as you may realise, here in the Southern hemisphere we obviously enjoy the opposite seasons to our northern counterparts. Yet, as you’d agree most of our culture has been incubated in the northern hemisphere. So, now us Australians we have a different seasons. You may realise how we have been tricked as many of the traditional dates were manipulated and ancient rituals became skewed. Our calendars, and hence our perspective of time have been twisted and warped.

Gift of the Present

Another concern is that so many people are in a race against time. So many people are wishing their time away. My message is don’t work against time. We’re not meant to race against time. Don’t turn time into a commodity. Instead learn how to live in synchronicity with time. Learn how to let-go of competition, the need to be first, to be ahead of the queue and have won the race. So many people are either still living in the past or are living in the future. Instead learn how to be in co-operation, to be complimentary, and co-creative. Many think that life is a series of starts and finishes beginning at birth and culminating at death. Actually there is much more to honor within each moment, during each step of the process. Learn how to honor the present process. After helping so many people with what I call the ‘Gift of the Present Process’, they have expressed to me how it is truly such a gift to be able to be more present in the moment.

Sadly, most people miss the most significant natural events in life. The reason is that they have subscribed to a false calendar. The Gregorian’ calendar is the most accepted reference of time in to-days modern western world. I suggest that you do some research to find out how this came about. So why do so many people celebrate the New-Year, Christmas and Easter on those dates? You may be surprised, to hear that the idea of celebrating these events on these dates are only a relatively new concept. With just a little bit of research you will most likely see how this crazy idea of celebrating the New Year on 1st of January is only a relatively new occurrence. You may be surprised at how fake the modern day calendar really is. Also, as we delve into history, we can also start to reveal some more startling facts. Also, a little bit of research will most likely reveal that Jesus was most likely wasn’t born on Christmas day. Hence, our calendars, and our perspective of time have been twisted and warped

You may be aware of how for most of humanity the new year was actually celebrated at the Spring Equinox. History tells us how this all changed relatively not that long ago.The story says how the pagan natural traditions were tricked. It’s interesting to note how many Christian holidays now take over the ancient pagan traditional rituals. Yet most of these dates have actually been skewed. Actually, many times throughout history, our calendars, and hence our perspective of time have been warped and twisted. Briefly, history tells us how an early Roman calendar once began the ‘New-Year’ on the Spring equinox with the first sign of the Zodiac, Aries, the Ram. Also, it’s recorded that there are many more traditions for thousands of years, that have based on celebrating the ‘New-Year’ at the Spring Equinox. Then we are told how this most significant event had been manipulated many times. Actually, the month of January did not even exist until the Romans added extra months to the year. The ‘New-Year’ was then moved to January. Records tell us how this was for commercial reasons. This was made the beginning of the civil year, because it was the month that the elected Roman highest officials began their one-year reign. As a consequence, it was Julius Caesar who first introduced the 1st of January as the ‘New-Year’. Whilst only a relatively few conscious beings celebrated the ‘New-Year’ at the ‘Spring-Equinox’, most of the masses were oblivious to this most significant event, and instead skipped it and subscribed instead to the fictional date of 1st of January. The Time Warp is covered in more detail in the; ‘Living with the Seasons’ seminar.

Living with the Seasons

Posted on June 1, 2017 by Ra Bliss
Categories: Life-style Coaching, Living with the Seasons